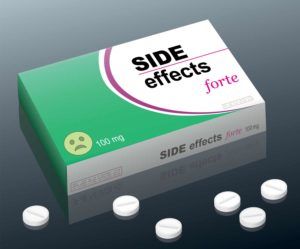 I am not an attorney and I don’t like to get involved in legal matters, but you should know about the class action Risperdal gynecomastia lawsuit against Johnson & Johnson. Risperdal is an antipsychotic medication that has been used by people of all ages and genders. It is one of numerous drugs and medications that may cause side effects of enlarged male breasts a.k.a. gynecomastia.

Here are some details on the Risperdal lawsuit as it relates to developing Gynecomastia. Several thousand men and young boys diagnosed with gynecomastia are currently pursuing Risperdal lawsuits based on the drug maker’s failure to properly warn that use of Risperdal could cause gynecomastia or “man boobs.” In February of 2015, the first Risperdal case went to trial in Philadelphia. The judge awarded a $2.5 million settlement to a 20-year-old man who had developed gynecomastia after using the medication for treatment of autism 12 years before. Most recently (2019), a Philadelphia jury ordered Johnson & Johnson to pay 8 billion dollars in punitive damages to the same man. The company is likely to contest this verdict as excessive and unreasonable.

According to evidence, Johnson & Johnson knew about the risks of developing Gynecomastia from taking Risperdal as early as 2001, but the company did not warn consumers or the medical community. Following some of these large awards, Johnson & Johnson has reportedly reached settlement agreements involving other Risperdal gynecomastia lawsuits. While it is good news that some of the families of men who developed Gynecomastia from taking Risperdal are receiving compensation, none of that actually takes away the gynecomastia.

What I can tell you as a very experienced gynecomastia surgeon is that gynecomastia is gynecomastia; the source or cause of established gynecomastia has little bearing on the treatment. If the condition has been present and unchanged in your chest for over a year, the gold standard treatment is a surgical procedure to remove it. There are no medications or noninvasive treatments that will effectively and permanently improve the condition.