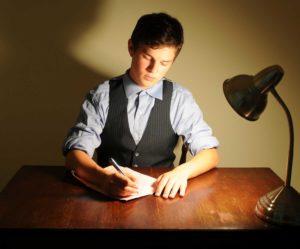 Dear Mom and Dad, I think I have gynecomastia and I’m too nervous to talk about it. It’s kinda weird. I remember when I was going through puberty, Dad had said that I was going to develop some facial hair and that my voice was going to change. At first I thought that was strange but then I looked at my older classmates and thought it would be nice to be cool like them. The idea of shaving seemed so grown up in a way.

It was obvious what was happening with the girls. They were developing breasts! I could tell they thought this was special and they were dressing and behaving differently. The girls who had breasts seemed to be much more popular and the girls who didn’t have them were jealous. It’s not that I was talking a lot with girls, but this is something I heard in the locker area when I overheard some of the older guys.

I remember noticing one day that my chest was hurting and it was more sensitive when playing sports. My nipples were getting fuller and I noticed a lump under them. This went on for several months and I didn’t know what to think. Was this normal? I thought it would go away after a while.

It only seemed to get worse. Some of the guys in the gym were giving me funny looks and pointing at me and laughing. Had it been something I was wearing? Why had they been making fun of me? One day, Billy told me that they were making fun of my chest. He said that I have “man boobs.” Others said I have teen Gynecomastia. I didn’t have a clue what that was but I looked it up on the Internet and I found the word gynecomastia. I don’t even know how to pronounce it.

I tried wearing looser shirts to cover my chest. I stopped going swimming with my friends and I didn’t dare do anything that would expose my shirt. I felt like everyone was staring at me, both guys and girls. Remember when I told you I wanted particular shirts with patterns on them? That was because patterns helped to hide my chest. I was so embarrassed and I couldn’t get it out of my head. Every morning I had to spend extra time picking the right clothes to hide my teen Gynecomastia. I learned that shrugging my shoulders forward helped to hide it. I didn’t feel comfortable telling anyone about it, not even my best friend Billy. It was beginning to feel like I was living in some kind of horror movie.

It was affecting everything about my life. My friends were talking with girls but that was the last thing I wanted to do. What if they saw my chest? What if they made fun of me? I think I had an anxiety attack when we were lining up for tag football and the coach made us divide into shirts and skins! Thank goodness I was on the shirts team. I noticed a few of the boys on the skins team had something similar to what I have, and I could tell that they were really embarrassed. I couldn’t commiserate with them, though.

Finally, I went online and found this nice guy Dr. C who has written a lot on gynecomastia. He seems to understand teen Gynecomastia and what this is doing to us. We have gynecomastia and it’s not fun, it ruins our lives, and all we want is to be normal. I just want a chest that looks like everyone else’s. I don’t want to be different. Girls have breasts, not the guys. This is the most horrible thing in the world!

So, mom and dad, please understand what it is that I have and don’t just tell me I’m normal. I know you love me and want the best for me but this gynecomastia is real and the only way to get rid of it is with a procedure. I trust Dr C. He knows what he’s doing and understands how I have mentally suffered from gynecomastia. 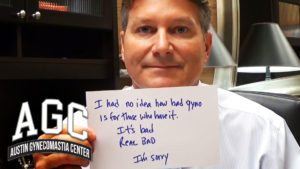 Get Rid Of Your Gynecomastia Forever